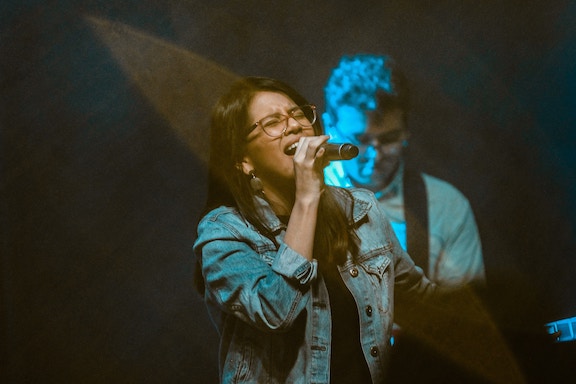 Hauling a mixer, an amp, all the cables and a big pedalboard in a big van gets old quickly. The rig takes up too much space and time and too many cables to run and plug in.

But it still needs to sound professional every time.

Do Much More With Much Less

Using Gig Performer, the even the simplest guitar and vocals setups can sound much better while carrying far less equipment. No need for a mixer, leave the guitar amps, effects pedals and processors at home, and have many more sound choices using plug-ins that you could ever get from stomp boxes.

Everything except the microphone, guitar, interface, and speakers is running inside Gig Performer. The guitar and vocals duo can use as simple or complex setup as they want. Gig Performer provides musicians the ultimate flexibility, with as many sounds as they need, all tweaked to perfection before they even leave home.

All needed controls can be adjusted on Gig Performer’s panels. Any control on a panel can also be operated from a physical fader, switch, or button via MIDI. Keep it simple, or make it sound highly produced. It’s your choice.