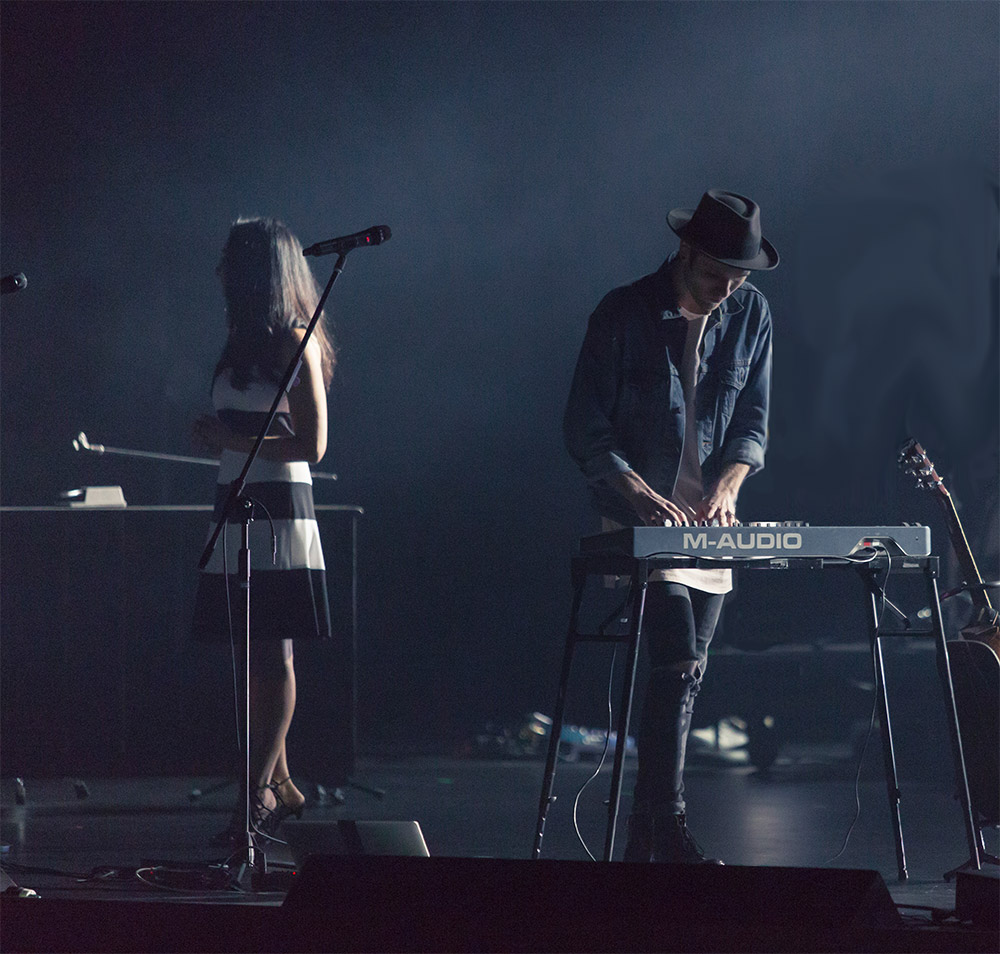 The keyboards and vocals bands cover popular songs of the last 40 years at weddings, parties, and local clubs. Electric piano, polysynth, organ… all of the classic keyboard sounds are needed, plus sampled instruments and even a few modern synthesizers. But the old days of lugging around a pile of keyboards and taking an hour and a half to setup, cable, and troubleshoot them all are long gone.

Fortunately, all of those sounds are now easily available as virtual instruments and deployable to Gig Performer, a modern audio plugin host for live performance. All a keyboards and vocals duo needs is an easy way to have the sounds available, call each one up when it’s needed, and apply controls like level, pitch bend, and modulation to each in turn.

That, of course, is where Gig Performer comes in. Gig Performer gives the keyboards and vocals musicians a powerful, intuitive platform for hosting all of the amazing AU, VST3 and VST plugins they purchased for their music.

Contrast that with using Gig Performer: you carry your laptop, a small audio and MIDI interface (or a large one, if that’s what you need), and a keyboard controller. Maybe a foot controller, too, if you’re feeling it. That’s it. Seems a little like cheating, but you’ll find it easy to live with that.

All of the Sounds You Want At Hand. Really, all of them.

Gig Performer can manage all of the audio plugins that supply the sounds you need in your live performance. The duo can have a vast array of sounds just a button punch away. And that’s not to mention the ability to run the finest in vocal processing: virtual mic preamps, compressors, EQs, effects.

Without a truck. Without a road crew. Without hours of setup and messy miles of cabling.

Create the Worlds You Need. Have Each One When You Need It.

Every Gig Performer “rackspace” is a world unto itself, containing its own collection of third-party virtual instruments and processors, routed and mixed to exactly fit your songs. Make a different rackspace for every song, or build a library of template rackspaces you can customize as needed. Whatever workflow is best for you.

Make a Setlist in Gig Performer for each performance you do.  Each song in the setlist recalls a different rackspace, and every part of each song can recall a different preset variation of that rackspace. From Intro to Verse to Chorus to Bridge, Gig Performer Setlists let you play exactly the selection of instruments you need at any moment, configured specifically for that part of that song.

Just having access to sounds is not enough. You need to be able to play them easily and expressively. Gig Performer makes it fast and easy to set up keyboard splits, layers, velocity switches, and more to give you the ability to cover all the parts played by a half dozen studio musicians all on your own, in live performance.

You do most of your programming, setup, and practicing at home, but take a different controller to performances. And sometimes you get to the gig and find you’re expected to use someone else’s keyboard. No problem. In just a few minutes, Gig Performer’s Rig Manager puts all of the carefully programmed controls for your rackspaces under the real-time control of whatever keyboard, pitch bend, mod wheel, or other controller is in front of you. Select a control in Gig Performer, move the physical control you want linked to it, and move on to the next.