Posted at 11:33h in Knowledge Base Articles by David Jameson

For example, suppose you have three instruments loaded, Alto Sax, Clavinet and Bass 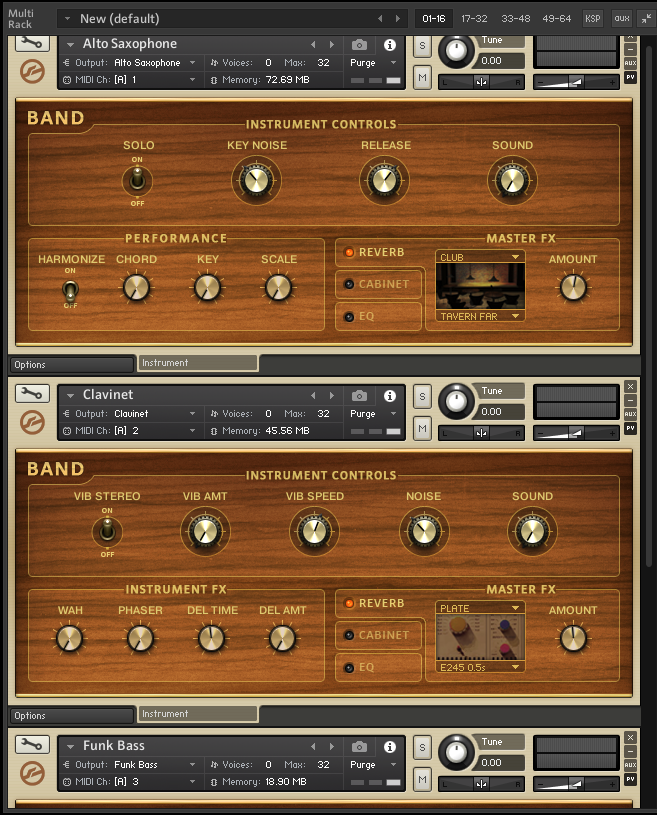 After you do this, the output section will show you the three instruments, each of which is on its own channels, typically stereo pairs, 1/2, 3/4 and 5/6