Posted at 18:59h in Gig Performer Blog by David Jameson

I (David) have often been asked to describe my live keyboard rig which I use with the three bands in which I play:

.
I have four keyboard controllers:

.
All four use USB connections and are connected to a back panel of a small 19” rack (see second image below) and through there to one of several USB powered hubs. I use all four keyboards with Security Project and Beyond the Wall and I use the SL88 and one A800 Pro with Reelin’ In The Years.

.
The MIDI pedal controller is an RJM GT Mastermind into which are plugged in a sustain pedal and an expression pedal. The pedal controller is connected via USB to a powered hub. Gig Performer can send SysEx messages to the Mastermind automatically to change the button text labels as needed for each song part – that happens automatically when Gig Performer switches to specific songs. Other buttons on the pedalboard (and the sustain and expression pedals) control widgets in Gig Performer with the labels changing automatically so I can easily see which button to press for a particular option.

The top iPad runs forScore for my sheet music and also selects the appropriate song in Gig Performer by sending a Program Change message to it when I select a song on the iPad. Two of the “drumpad” button on each Roland A800 are used to page the sheet music forward or backwards and one button on the pedalboard is also used to page forward.

The middle iPad is running Lemur with a template I developed specifically for Gig Performer and is used to give me remote bidirectional control of Gig Performer widgets (and therefore plugin parameters) as needed.

The bottom iPad is used to let me manage my personal mix.

.
While I obviously have a lot of plugins for testing purposes, the following are the main ones that I use with my bands:

.
I also leverage many of the plugins from the Arturia Modeling Collection and from Native Instruments 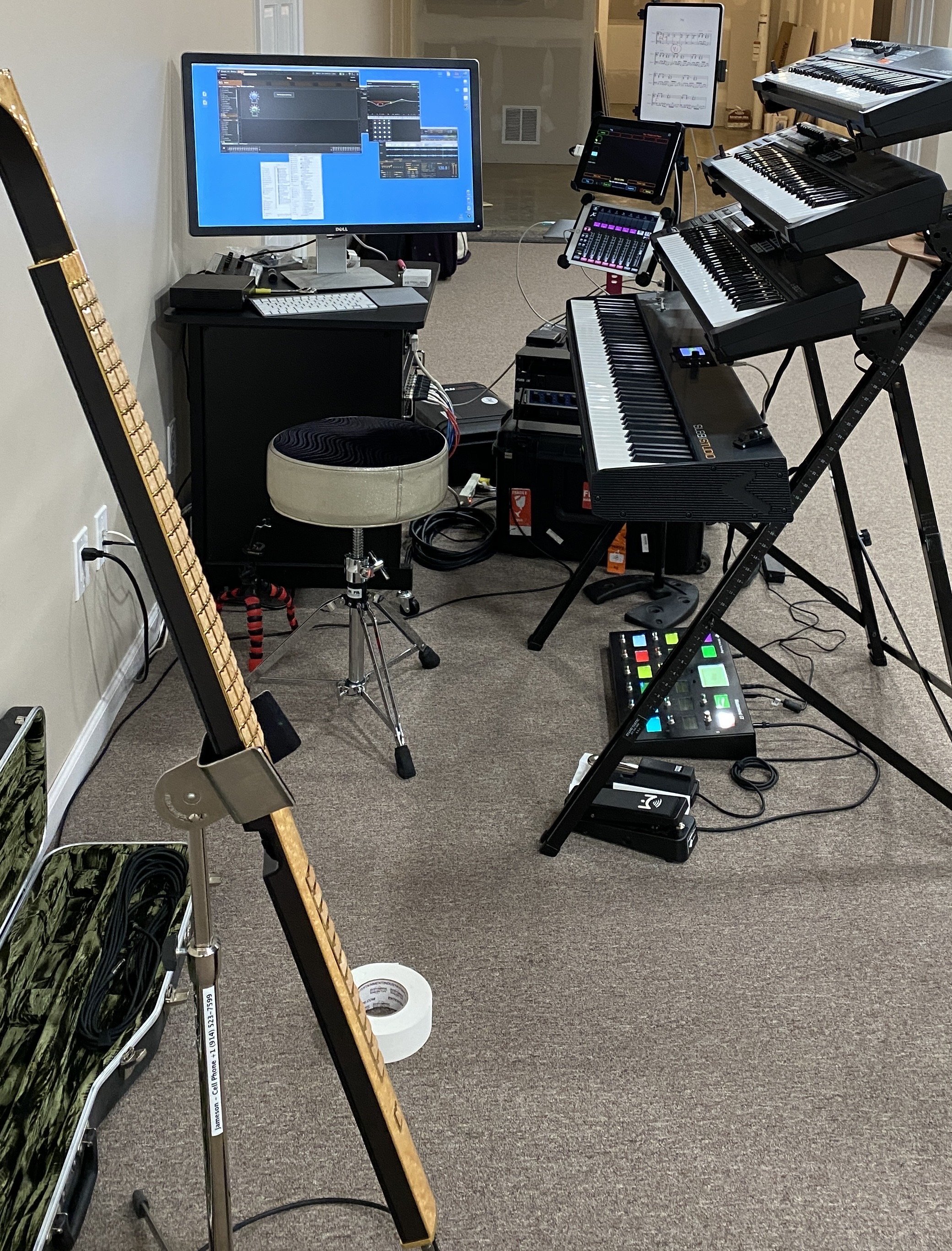 The large computer screen does not travel with me!
… 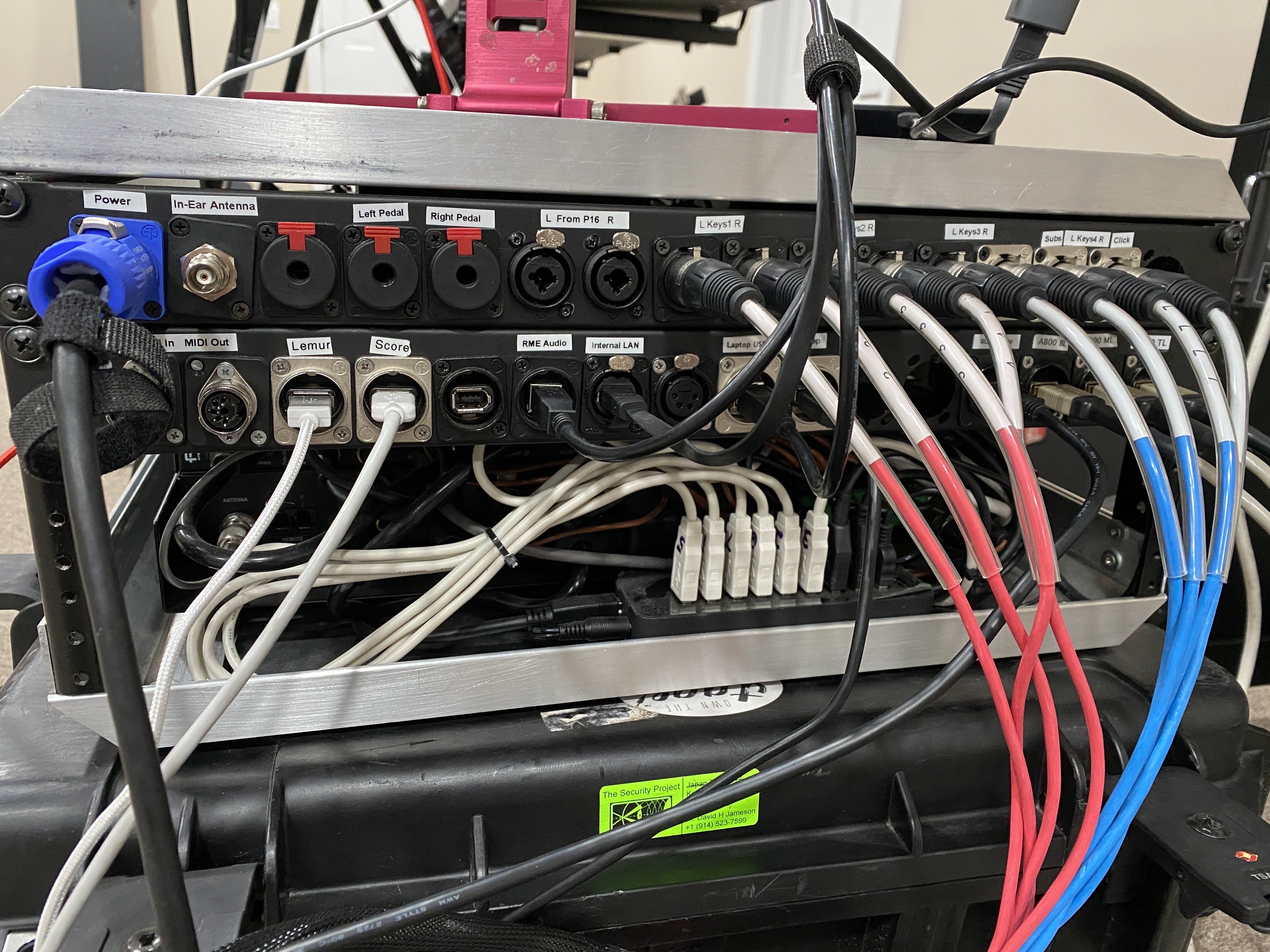 This is the back of my 19” rack that contains my audio interface, in-ear transmitter, WiFi router, etc. 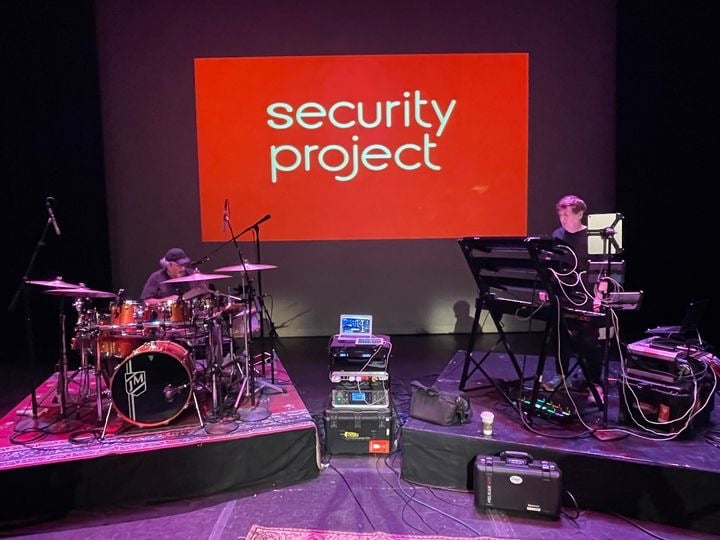 On tour with The Security Project, May 2022 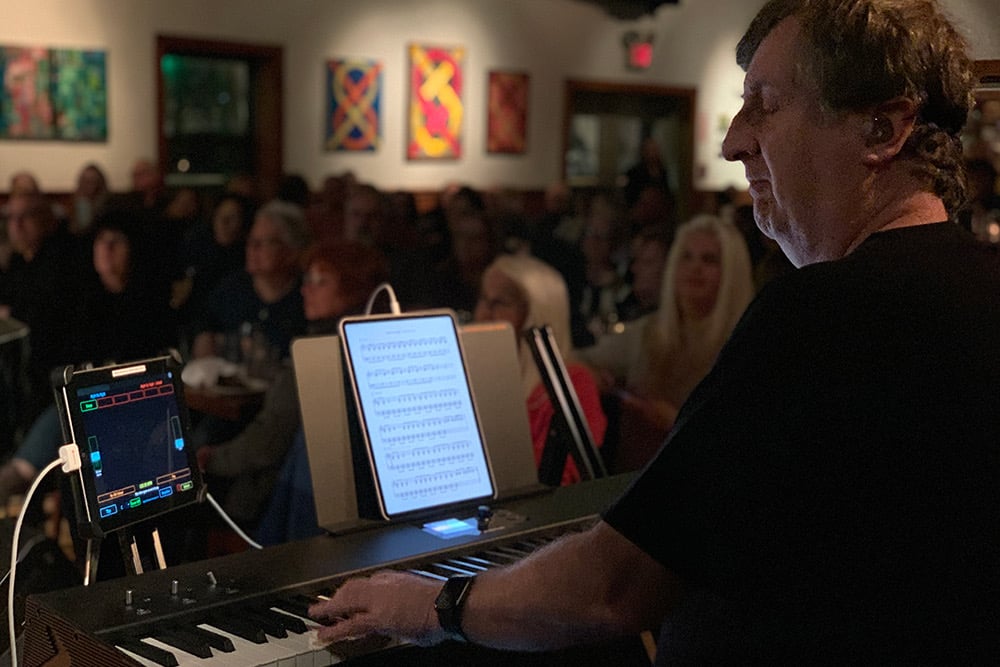 Performing with Reelin’ in the Years