A much requested feature in Gig Performer was an Audio Mixer, a multi-channel gain control plugin. Instead of creating separate gain controls after each synth plugin, you could use a single plugin to control the gain of multiple plugins. Our plugin comes in 4ch (two stereo pairs), 8ch (four stereo pairs), 16ch (eight stereo pairs), 20ch (ten stereo pairs) and 32ch (sixteen stereo pairs) versions. Here’s a picture of the 8ch plugin (yeah, we know, we got cute with the tape labels): 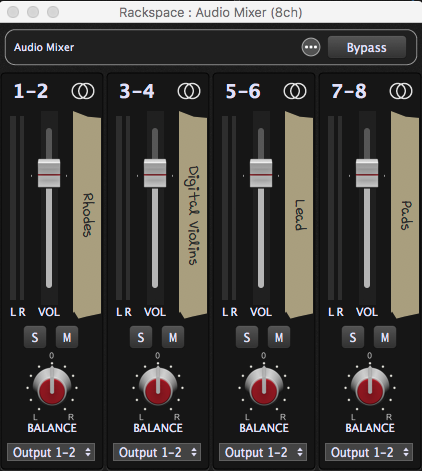 Of course, if you need more than that just 32ch, instantiate as many audio mixers as you need.

Using the Audio Mixer plugin as a mixer

.
Here is a typical example of how you might use the Audio Mixer plugin as a simple mixer. 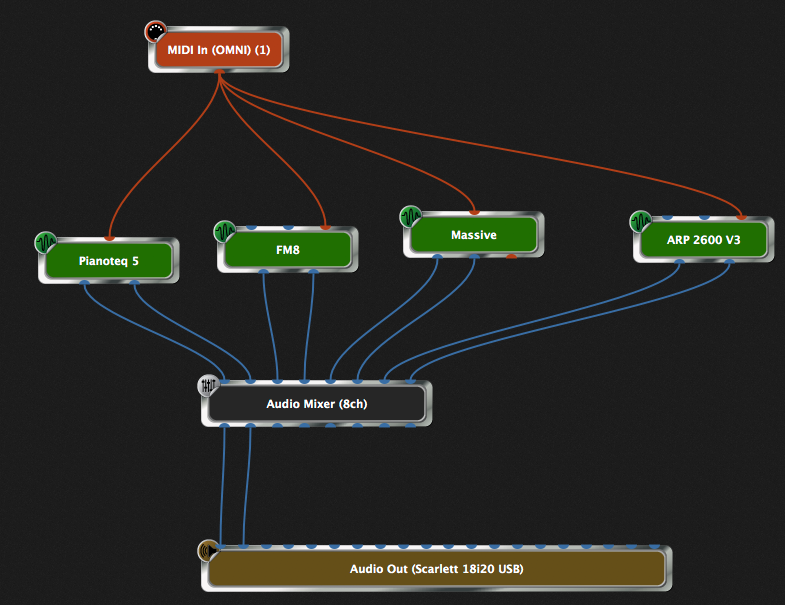 In this example we have four synths, each one going to its own gain/balance control in the Audio Mixer plugin. All the gains are then routed to the first two outputs of the plugin from where they are then connected to the first stereo pair of the audio interface.

Each channel pair can be soloed or muted as desired and of course these can be controlled from front panel widgets and so from your keyboard controller as needed.

Using the Audio Mixer plugin as a router

.
Take a look at this image: 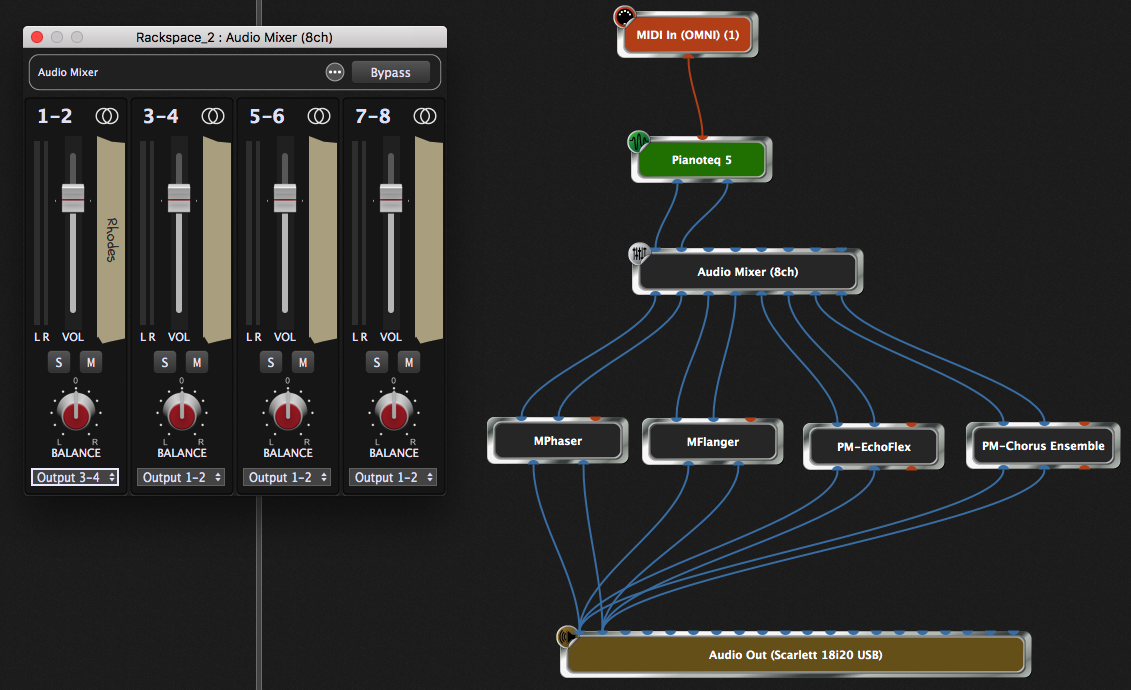 On the right, the connection view of a rackspace, you can see that we have a single synth (the Modartt Pianoteq) connected to the Audio Mixer. But now we have four different effects each of which is connected from a different pair of outputs of the Audio Mixer. If you look at the left part of the image, a view of the plugin editor, you can see that the first input (the Pianoteq) is currently being routed to Output 3-4, which represents the Flanger. So by changing the current output routing, you can quickly switch from one effect to another.

Using the Audio Mixer plugin as mixer and router together

.
Take a look at this image: 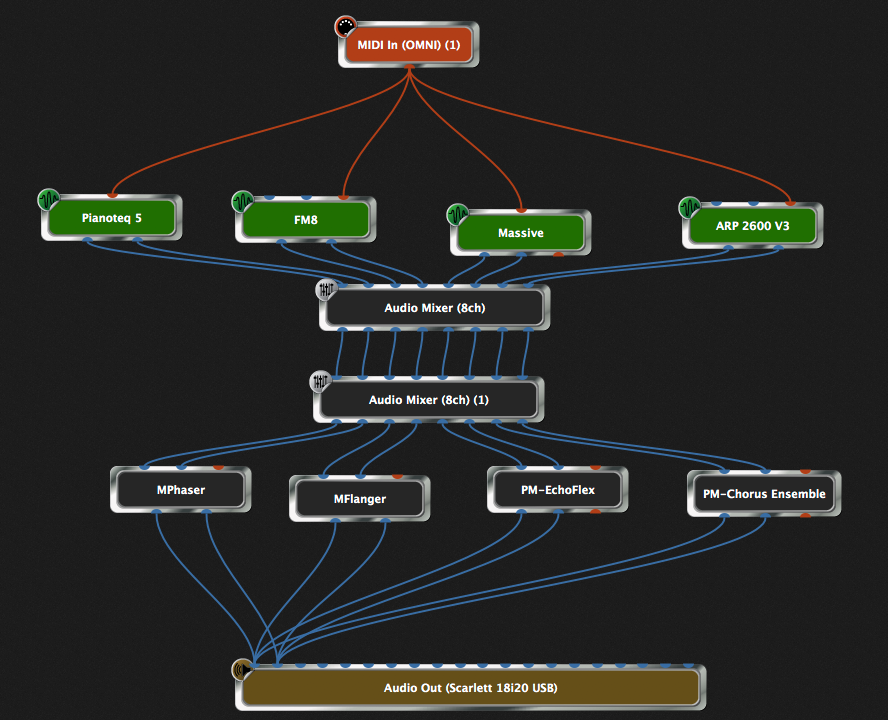