Why does Task Manager or Activity Viewer show a higher CPU usage value than does Gig Performer?

08 Dec Why does Task Manager or Activity Viewer show a higher CPU usage value than does Gig Performer?

Posted at 15:28h in Knowledge Base Articles by David Jameson

Every audio application that has a CPU meter shows the audio CPU usage rather than the overall application usage, as do plugins that have CPU activity monitoring. 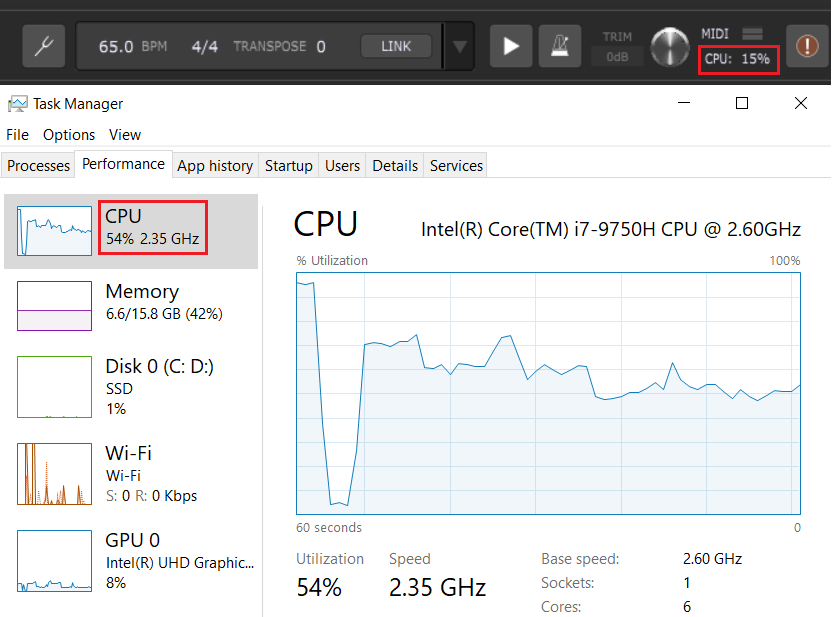 Some applications, even when they are at rest, i.e, when no audio is playing, will use significant CPU cycles. In Gig Performer, if you create a new rackspace with nothing in it, the resting CPU usage will be very low and the overall CPU usage as shown by the Task Manager (Windows) or Activity Viewer (OS X) should not be much higher.

Also, if you have plugins with heavy graphical interfaces that update as you play with large windows or there is something that is simply not optimized outside the audio processing, then your overall CPU usage will increase, sometimes significantly.

Related topics:
– How to optimize your PC for the Stage – download FREE e-book
– The main Gig Performer window (User Guide)