Although we’re really busy working on Gig Performer 2.x (more on that later), we put out a minor update to Gig Performer 1.x today where it’s now possible to distinguish between NoteOn and NoteOff events in our MIDI Filter plugin: 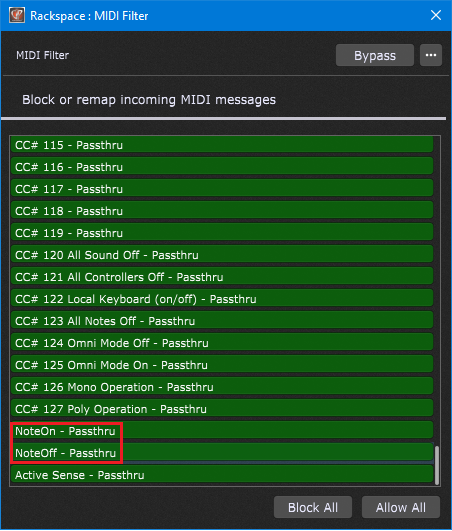 Why is this interesting? Well, turns out it gives you a sort of “poor man’s” Patch Persist capability within a single rackspace. Suppose you’re in a jam band, you’re using a single keyboard and you want instant on-off access to just a few core sounds such piano, organ, strings and clav. In particular, you want to be able to turn them on or off on the fly and have several on at the same time.

Now you can just turn a sound on or off any time you want but you won’t get stuck notes since NoteOff events will still get through when you release the keys.

This was a great suggestion from one of our users in our great Community.